I think Elizabeth will be a Clemson football fan just like her Uncle Dave:) 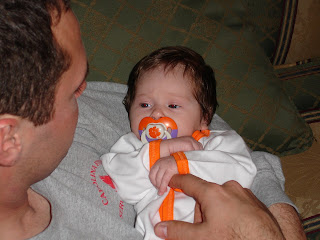 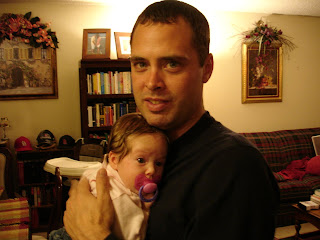 I think Elizabeth will be a huge Cardinals fan just like her Poppy.. 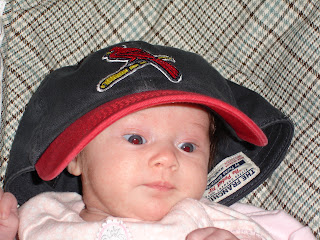 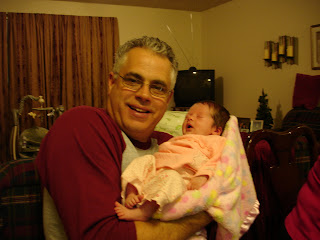 Today is our one year anniversary. My husband has indeed has done well with separating my birthday and anniversary. This weekend he surprised me by taking me to his grandparent's lake house. While we were there he surprised me again by watching the movie, The Notebook. I wanted him to watch it with me while we dated but he used the whole, "Let's save that movie until we get married," jargon. Of course, I thought the reason he said that was because the last thing he wanted to do was watch a sappy old love story, and he wanted us to watch another "chick flick"; one like, the Bourne Supremacy series or a James Bond movie..you know the type of movies I am referring to..the ones where at least 5 people are brutally killed and your head hurts after you finish watching it because of all the loud action...and yet it has a girl or two in the movie. However, this weekend, we watched the Notebook, he held true to his promise and it only took him a year to fulfill it..and to my surprisingly delight, he didn't even fall asleep:) Of course, afterwards I had to hear his synopsis of why The Notebook was not a good movie, and how wrongly Hollywood is portraying what love is...all to which I agree, but I do think in general that The Notebook is simply a sweet, sweet story.
So not only did I get treated to a get away and a romantic movie..my sweet husband prepared a romantic dinner for me tonight as well. He is a big Italian guy..so the surprise menu was a delicious chicken Parmesan and noddles with fancy bread and the whole oil and herb dip thing. To top it off, he gave me some chocolate and a sweet card..which he wrote me a sweet and encouraging note.
You see, watching The Notebook for me does not make me want to have that kind of relationship. Old Noah (the main guy character) pales in comparision to my husband..and so does Hollywood's portrayal of what love is supposed to be. Yes, our marriage is probably not as smooth as it is pictured in some of Hollywood's chick-flicks..but I would not even question trading my husband, or my marriage for anything. And, so I wonder what makes the difference..and the only thing I can reason is the gospel. I am thankful that I have a husband who tries to emulate Christ's love for the Church..and who doesn't love mewith a trite kind of love. He loves me with a saving knowledge of the creator of Love..the very object Himself..God.
Posted by Unknown at 9:03 PM 1 comment: