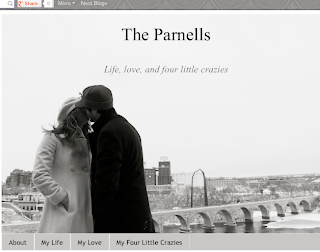 I've done some updating around the blog. Here are the pages that have gotten an update (click the links below):

You can always access these pages by clicking on the tabs right below our picture and right before the newest blog post.
Posted by Unknown at 3:07 PM 2 comments:

Lots of people have asked which one of our children John Owen looks like. I haven't quite made up my mind. Here's why. 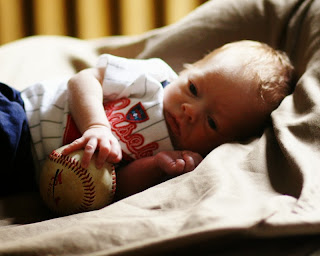 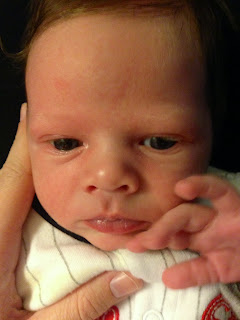 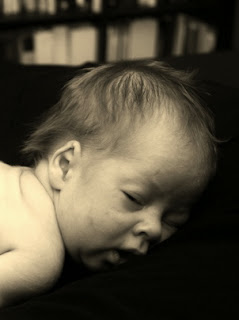 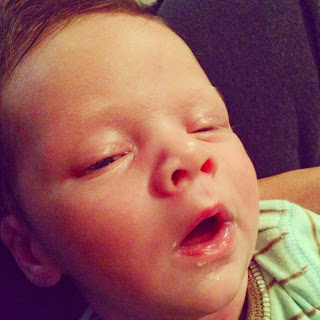 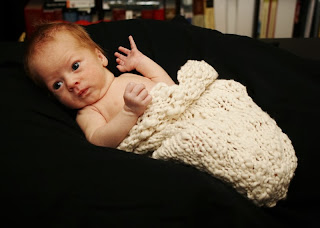 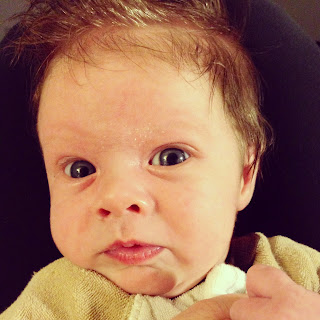 The girls and John Owen:

And yes! That is THREE different babies!

So have your pick. If you were to say any of our children, I'd say yes. If I had my guess, though, I'd say that he was more of a Hannah/Micah flavor of Parnell. But we will see.

**10 points if you can guess which baby is who in the comments.

On September 19th, we checked into the hospital around 7:30pm. I was going in to be induced. It was perfect timing since I had picked up my mom, grandma, and aunt earlier that morning—we had lots of reinforcement for the other three little crazies.

I was pleasantly surprised that I was already 3-4 cm dilated but only 50% effaced. Instead of hooking me up to Pitocin, we opted for something that would help my cervix to thin. The plan was for them to come and check me again in 4 hours. It was around 8:30pm at this point.

Around 10:30 or so, one of my favorite postpartum nurses came by. We were talking when at some point my contractions were starting to make me lose my train of thought and were coming every 3-5 minutes. Fearing my labor would come on too quickly and I'd miss my beloved epidural, I asked if it was too early to get it. Jon arose from his slumber, thinking I was potentially over reacting and asked if I was sure.

My labor and delivery nurse (who was absolutely amazing!) came in and got my fluids going so I could get my epidural and in the mean time, I was telling her I felt pressure when having my contractions. She went and got the doctor. My resident doctor (who was also amazing!) voiced my greatest fear, "It may be too late for an epidural, so I'll need to check you." It felt like all the air got sucked out of the room.

She checked me and immediately relieved my fear–it wasn't too late for my epidural. I was 6cm dilated. (Praise ye the Lord!)

I finally got my epidural around 11:30 or so. It worked beautifully. Jon went back to sleep and I went back to watching TV.

Around 12:30am or so, I told my nurse that I thought my water might have broken. Like I said, my epidural was working beautifully, but my suspicion was right. She went and got my doctor again. She came in, checked me and uttered the words, "She's complete." Just three contractions later, I was staring at my little John Owen face to face—he officially joined the party at 12:39am.

He weighed 7lbs 5 oz and was 19 inches long. He has a head full of black hair with blonde roots shining through in the light and big, beautiful blue eyes. I marvel at the miracle of birth for the fourth time. The Lord sustained us again. He kept our hearts beating by the power of his word, and he inclined my grateful heart to him for another day and another gift.